The all new Hyundai Eon will be launched in the Indian auto market by 13th October, 2011. It has been confirmed by reliable sources that the new Hyundai Eon will officially be launched in India tomorrow which is expected to fall in competitive and affordable price range. Hyundai Motors India Limited (HMIL) has already made announcement that it will launch Hyundai Eon in India as an entry level small car which is expected to take on popular small car models like Maruti Alto, Chevrolet Spark and Tata Nano. 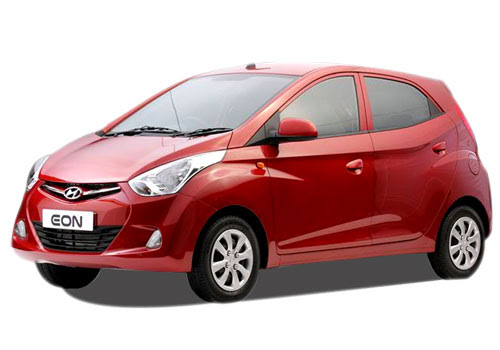 The new Hyundai Eon price is expected to fall in the range of Rs. 2.50 lakh (for the base model) to Rs. 3.50 lakh (for the top-end model) at ex-showroom Delhi. With this expected affordable price range the new small beast would give stiff competition to small car segment leader Maruti Alto. Before official launch, Hyundai Eon features and specifications brochure leaked which proving it decent small car for the Indian roads. To make it one step ahead than rivals the company highly sophisticated features and specs.

Hyundai has developed this new small car, Hyundai Eon on its popular fluidic design concept base which is well premiered by auto enthusiasts. Already, the company has launched two popular car models in India on this popular fluidic design concept base like premium hatchback Hyundai i10 and global sedan Hyundai Verna which reporting buzz response among competitors. Now, Hyundai Eon is ready to foray in Indian entry level small car market along with decent features and specifications.

The new Hyundai Eon has a 814cc, 3 cylinder petrol heart under the bonnet that generates pinch power of 56ps at 5500 rpm and overstep torque of 7.65 Kgm at 4000 rpm. The engine of the small car is mated with a 5 speed manual transmission gearbox. The expected Hyundai Eon mileage for the petrol model is 21 kmpl on long roads and 19 kmpl in city areas which prove it fuel economical small in the segment. Later this year, an automatic transmission version would also be launched but there is no expectations of diesel model soon.