Honda Brio small car and mid-size sedan have done very well in terms of sales in March 2012. Honda Brio has been one of the bread butter small car model in India for the company after selling its 6,355 units in the month of March this year. Meanwhile, Honda City is easily making it the highest selling petrol sedan in its segment with a total sales figure of 3,920 units in last month this year. 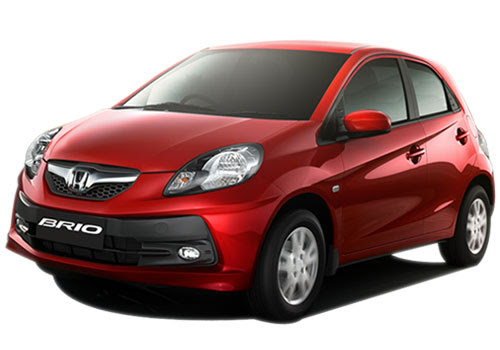 Whereas, after union budget 2012-13 Honda Siel Cars India (HSCI) revised the Honda Brio price and Honda City price along with Jazz, Accord and CR-V for the Indian customers. Honda City is one such mid-sized sedan from the stable of the company which has seen two time price revise after the Union Budget. The company sold 535 units of Honda Jazz in last month. Honda sales only petrol engine cars in India and now, it is mulling over to diesel too in the its whole line-up. The company will soon include the its newly developed 1.6L diesel engine in Honda Civic and City. Meanwhile, Honda Brio and Honda Jazz hatchbacks will also get diesel engine by near future.
Posted by Anshul at 03:31