Honda City, which has been an illustration of style statement and awesome performance along with the synonym of ‘true sedan’ due to distinctive blend of avant-garde technology, advanced styling and premium features for Honda car lovers since launch in 1998, to be dominating the segment again. Right now, due to the lack of diesel model City is facing tough competition to Hyundai Verna and Nissan Sunny. But, Honda hopes that after getting diesel engine model Honda City will again dominate the segment. 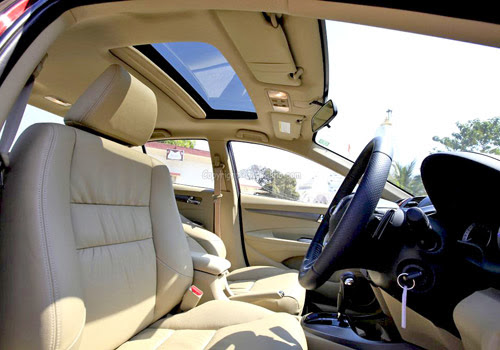 On the internet every Honda City review is noticing that the HSCIL Honda is targeting volumes sales of 100,000 diesel cars. The new small capacity diesel engine for the City will come in production by the end of this year and will be fitted by the mid of next year. Whereas, Honda City price for diesel version of will become more than available petrol model but, due to high fuel economy and good power buyers will first for it.

Honda City's 2012 version is decent and offers all variants between Rs. 7.20 lakh to Rs. 10.43 lakh at ex-showroom Delhi. Thus, diesel version of the vehicle would start from Rs. 8 lakh for basic model and may go for Rs. 11 lakh at ex-showroom Delhi. The expected Honda City features for diesel version as standard are Air Conditioner with Heater, Power & Tilt Steering and ABS with EBD. The company not unveiled the Honda City pictures for diesel model yet, but it would carry the same body design as petrol model. Beside this, Honda City mileage would also impressive in the segment. So, HSCIL hopes that the City will dominate the segment again.
Posted by Anshul at 03:55